D is for Dinosaur: Storytime Plan

Activity/Guessing Game: "Dinosaur, Dinosaur, Are You Behind the Grocery Store?"
One word that rhymes with 'dinosaur' is 'store.' Can you think of MORE? [Store, bore, shore, etc.] A dinosaur is hiding behind one of these stores. Let's look for him! [Graphics used for magnets (pdf)]

BEFORE OUR FIRST BOOK, LET'S DO SOME THINGS THAT START WITH D [seated]: We can DRIVE. We can DIG. We can DROOP. We can DREAM [pretend you’re asleep and having a wonderful dream….hey, wake up! It’s time for our first story!] 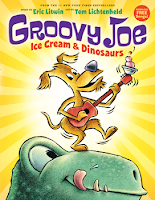 Book: Too Many Dinosaurs by Mercer Mayer [If don't need the extra participation large-crowd boost of Groovy Joe, which is not really about dinos at all]

Action Chant: "Bread and Butter" with dinosaur names--take names from the crowd

*DK's The Big Book of Dinosaurs: a First Book for Young Children --show page 6. Dinosaurs are extinct...how do we know they existed? Vocab: fossils, skeleton 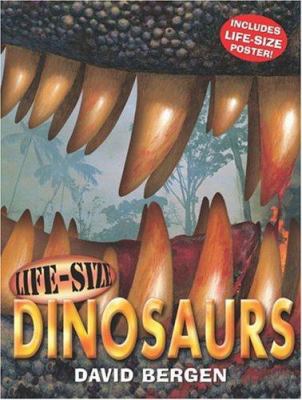 Book: How Tall Was a T. Rex? by Alison Limentani [show T. Rex teeth/banana page to go with "How Many T. Tex Teeth Tall Are You?" post-storytime measuring activity 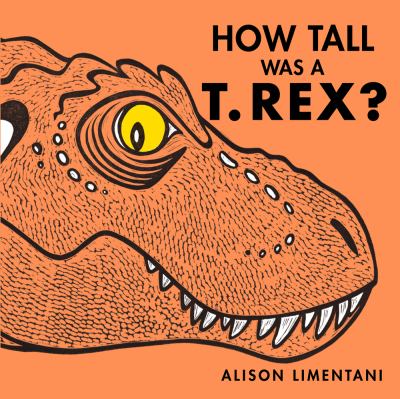 Action Rhyme/Song: "Two Dinosaurs Went Out to Play"
(to the tune of "Five Little Ducks"--adapted from version at Mel's Desk)
Two dinosaurs went out to playover the hills and far away.They had such enormous fun,they called for another dinosaur to come:[Raise hands to cup mouth, and call all together] Oh, Diiiinosaaur![Slap hands on thighs to make sound of dinosaur running to join]Three dinosaurs...four dinosaurs...five dinosaurs...They had such enormous fun,they played 'til The Cretaceous Period* was done

*(144-65 million yrs ago, when dinosaur diversity reached its peak)

Song with Shaker Eggs: “I Know a Chicken” by Laurie Berkner [Ask kids: Why a chicken song? What do chickens and dinosaurs have in common? They both hatch from eggs! So the song could also go "I Know a Dino!"]

Book: [sing]: Old MacDino Had a Farm by Becky Davies 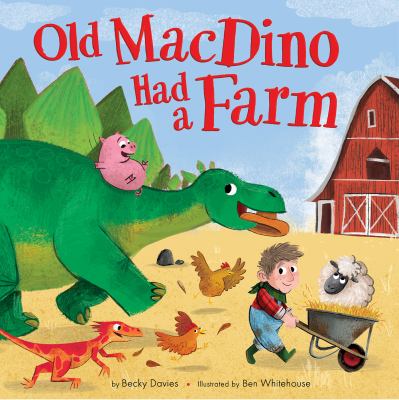 OR Book [can be sung]: Dig Those Dinosaurs by Lori Haskins Houran

OR Book: Dinosaur Roar! by Paul and Henrietta Stickland 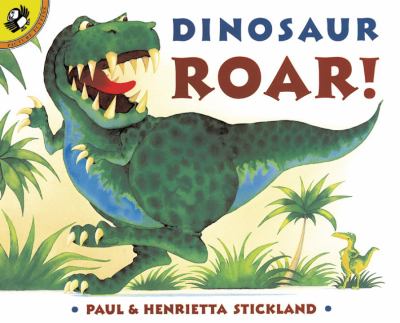 Closing Song: Laurie Berkner's "These Are My Glasses" a cappella. "Today, everything we find in our book will begin with D." Possibles before opening to kids for suggestions: deranged dragon! Dirty dingo! Disruptive dodobird! (dog, duck, etc)


After-storytime measuring activity: "How Many T. Rex Teeth Tall Are you?"

Before storytime, cut out and tape teeth in vertical line on wall (make sure to put tooth labeled "1" at the bottom, etc). "T. Rex had teeth that could be up to 9 inches long, and 6-inch teeth were common. After storytime, you can measure how many 6-inch T Rex. teeth tall you are! Stand against the wall right where the T. Rex teeth are taped in a vertical line. How many teeth tall are you? How many teeth tall is your grownup?" [Teeth graphics (pdf)]


Book [selections]: How Big Were Dinosaurs? by Lita Judge (nonfiction) [read and show Microraptor, Velociraptor, Ankylosaurus, Stegosaurus, Tyrannosaurus, and Argentinosaurus--talk about nonfiction as interest and vocabulary-builder: "You don't need to read all the words or even all the pages." Talk about fossils, bones--how we know how big dinosaurs were. Might also show a page from Roxie Munro's Inside-Outside Dinosaurs]

Book: If audience skews young, do Dinosaur Vs. Bedtime instead of the longer first books. Have kids do ROARs (including the roars that get sleepier at the end as dino winds down]. Have kids throw up their arms like champions and shout "Dinosaur Wins!" each time the phrase occurs. Point out (print awareness) when more "ROARs" are added (count them) and when "Again" is added to "Dinosaur Wins."