O is for Ocean: Storytime Plan

Letter of the Day
What sound does the letter “O” make at the beginning of a word? O’s a little tricky, because it has TWO sounds! One is “O” like “ocean” and “oatmeal”; the other is “AH” like “octopus” and “ostrich.”
Before our first book, let's act out some things we can do that start with O. We can OPEN things. Let’s pretend we’re OPENING a door. Now let’s pretend we’re OPENING a jar of something that has a really bad ODOR (odor is another word for smell). We can OBSERVE things by looking really closely and carefully at them, like scientists do. I'm going to pick up our first book for the day--what do you observe about the way I'm holding it? [upside-down]

Rhyme with Magnet Board: "Octopus, Octopus, playing hide and seek...are you behind the _______door? Let's take a peek!"

Book: Smiley Shark by Ruth Galloway
[First, ask kids what comes to mind when they think of sharks.“Could a shark be really nice and friendly?”] 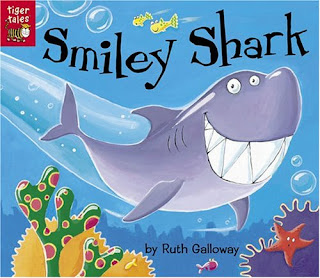 OR The Pout-Pout Fish by Deborah Diesen [clip together some pages to shorten--keep jellyfish and octopus, eliminate clam and squid] 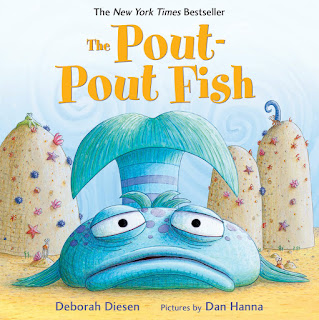 Action Rhyme: "Two Little Clownfish" ("Two Little Blackbirds" variation)
Song: "Baby Shark" by Beth and Scott from their album Learn and Play
Show actions first and talk about jaws; tell kids that at the end there’s a tickly shark attack and they might have their adult tickle them or they can tickle themselves--“which is what I’M doing”--and that some people don't like to be tickled at all and that that's okay, too.

Book: Barnacle is Bored by Jonathan Fenske [share barnacle facts and images] OR I'm the Biggest Thing in the Ocean! by Kevin Sherry 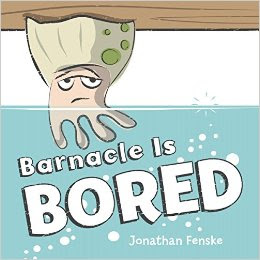 Action Rhyme: "Octopus Arms" [via storytime katie]
How many arms does an octopus have? That's right--8! "Oct"--the beginning of the octopus's name--actually MEANS "eight". There's even a shape called an OCTagon that has 8 sides. This is the shape used for stop signs [show stop sign graphic, count sides together]

Arm #1 goes swish, swish, swish (swing arms back and forth)Arm #2 helps me catch fish (wiggle hand back and forth)Arm #3 pats my head (pat hand on head)Arm #4 makes sure I’m fed (put hand to mouth)Arm #5 swims me to shore (move arms in swimming motion)Arm #6 touches the ocean floor (touch hand to floor)Arm #7 can grab and tug (open and close hands)
But all eight arms give me a hug! (cross arms and hug yourself)


Song: "The Goldfish" by Laurie Berkner from her album Victor Vito

Book: I Spy Under the Sea by Edward Gibbs (if crowd too large for I Spying, The Whale in My Swimming Pool by Joyce Wan or Splish-Splash by Nicola Smee) Song with (or without) Scarves: "The Waves on the Sea "

[if using scarves, make last verse "And after we swim, we all dry off..." and use scarves as "towels"]

Closing Song: Laurie Berkner's "These Are My Glasses" a cappella. "Today, everything we find in our book will begin with O." Possibles before opening to kids for suggestions: ostrich, octopus, odiferous ogre!

Alternative to throw in in place of another song/action: