A is for Amphibians: Storytime Plan

Letter of the Day [mention that "A" is a vowel and can make two sounds: ayyy as in angelfish and alien and aaaa as in apple or astronaut]

Talk: In their lifetime, amphibians live both in water and on land. They don't have scales like reptiles do. They include frogs, toads, newts, salamanders, and more. [Show nonfiction books with pictures of amphibians; encourage adults to read nonfiction with children]

Guessing Game with Magnet Board:
"Salamander, salamander,
playing hide and seek--
are you behind the ______ door?
Let's take a peek!"

Book: Toad on the Road by Stephen Shaskan 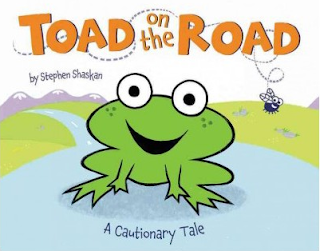 Song: “Dance, Freeze, Melt” by The Learning Groove from Rockin’ Red (point out F for freeze)

Book: Jump! by Scott M. Fischer [NOTE: have kids stand while reading and jump on all the “JUMP”s--or, seated, throw up their hands rollercoaster style on every "JUMP"] 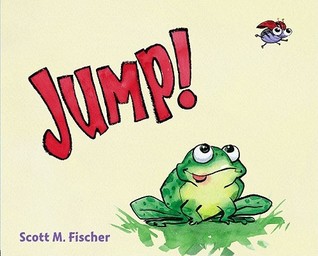 Book: I Don't Want to be a Frog by Dev Petty

Song: "All the Fish" by Caspar Babypants [has a "frog" verse]

Alternative books to swap in: Jump, Frog, Jump! by Robert Kalan; The Giant Jumperee by Julia Donaldson; For a shorter book/storytime, The Wide-Mouthed Frog by Keith Faulkner

Action rhyme to swap in:
Here’s Mr. Bullfrog [make fist]
Sitting on a rock— [sit fist on open palm]
Into the water he….JUMPS! [jump fist in great arc on JUMPS]