S is for Space: Storytime Plan 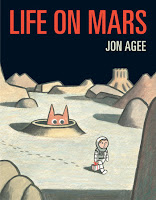 Book: If I Were an Astronaut by Eric Braun 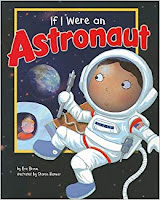 Book: Out There by Tom Sullivan

[talk first about gravity, "falling up," and how the impact might make you bite your lip] 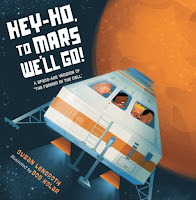 Action Song [standing] "We're Blasting Off to Space" (var. on "We're Going to the Moon")

Zzzzipp up your spacesuit, we're blasting off to space.
Tug on your boots; pull your helmet over your face.
Climb aboard the spaceship and buckle up real tight (CLICK!)
["Let's check it. Is it tight enough (pulling on seatbelt)? Good."]
Now here comes the countdown; let's count with all our might:
10-9-8-7-6-5-4-3-2-1 BLASTOFF!

Alternate Action Song [especially for eclipse storytime]: "The Earth Turns Around" (Tune: "Farmer in the Dell"--verses progressively slower, as each takes more "time")


every year, once a year, the earth goes round the sun.

Alternate Song, a capella, with Magnet Board: "Five Little Aliens"

Two aliens went out to play